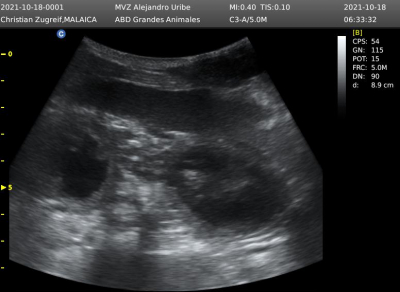 If you are interested and have questions about our dogs, stud dogs,
or puppies => This email address is being protected from spambots. You need JavaScript enabled to view it. or
mobile phone / WhatsApp +52  442 283 3230

In Kiswahili, the language from Africans, YADUMU means „long life“ – exactly what we wish our Rhodesian Ridgebacks, the only dog breed from southern Afrika: YADUMU – a long, healthy life!

When I met a Rhodesian Ridgeback for the first time in my life twenty years ago in Dortmund, I discovered my passion: according to the motto "I came, I saw, I conquered." The Rhodesian Ridgeback conquered immediately my heart! Because at that time my unforgettable Stafford female Kitty (Lovely Queen from Simba-Camp) was living with me, I had to wait a while for my first Rhodesian Ridgeback. Kitty reached the amazing age of 14 years!

In 2006 the wait was over: In my search fot the Rhodesian Ridgeback, with which I wanted to share my life from now on, I met Petra and Willi Gundlach from Kennel SHIRIKIANA. They confided AMIRA to me, who was, and still is today, as I imagine a good Ridgeback: A correct, elegant female, who compplies all requisites from the standards, what allows me, to present her at exhibitions. AMIRA was in addition raised and bred with love and care together with other five littermates by their breeders.

After the succesfull check for breeding in the Rhodesian Ridgeback Dog club „Club E.L.S.A.“ in the „Verband für das Deutsche Hundewesen“ (VDH) (German Kennel Association) AMIRA had in the 2009, at the age of 2 1/2 years, her first litter - Litter A: eight little much alive pure bred studs and a pure bred female. The litter received the name „YADUMU Akinlana“ (which means „Bravery“ in Yoruba). The father was the also accepted for breed in the Club E.L.S.A. finish stud IKIMBA Zesiro.

My dogs live with me primarily as families and companion dogs, but still succeed exhibited and achieved multiple champion titles!

Our puppies are vaccinated, geschippert, dewormed, get an internacionales pedigree and are socialized especially for everyday life. There will be a litter inspection by a inspector  (FCM - Federación Canófila Mexicana).

I have joined the Club Canófilo la Corregidora A.C., which in turn belongs to the top association „Federación Canófila Mexicana, A.C.“. (FCM).

Alos in the future I want to participate with my YADUMU Rhodesian Ridgebacks in exhibitions and in the breeding. Because:

WHO LOSES HIS HEART TO A RHODESIAN RIDGEBACK, WILL NEVER GET IT BACK!

There is no psychiatrist in the world like a puppy licking your face!

Copyright by Christian Zugreif
Back to Top